I use my bike extensively. My commute is 15km per day and I don’t have a public transport ticket. I like the cold air blowing into my face in the morning. When spending 10+ hours a day in front of a screen, riding a bike is a relaxing part of the day.

My bike was now turning 12 years old. More and more failures accumulated over time to the point where I wasn’t comfortable lending the bike to others for safety reasons. Finally in January I was able to buy a new bike that serves for my primary commute. Now that I don’t depend on my old bike as much, it came time to replace all the broken parts and do some maintenance on the old bike.

Turning the handle bars was stiff and they got slightly stuck from time to time (something that is quite bad while driving, I can tell you). When taking it apart this was no surprise. The ball bearings were completely rusty and the ball bearing ring had broken. 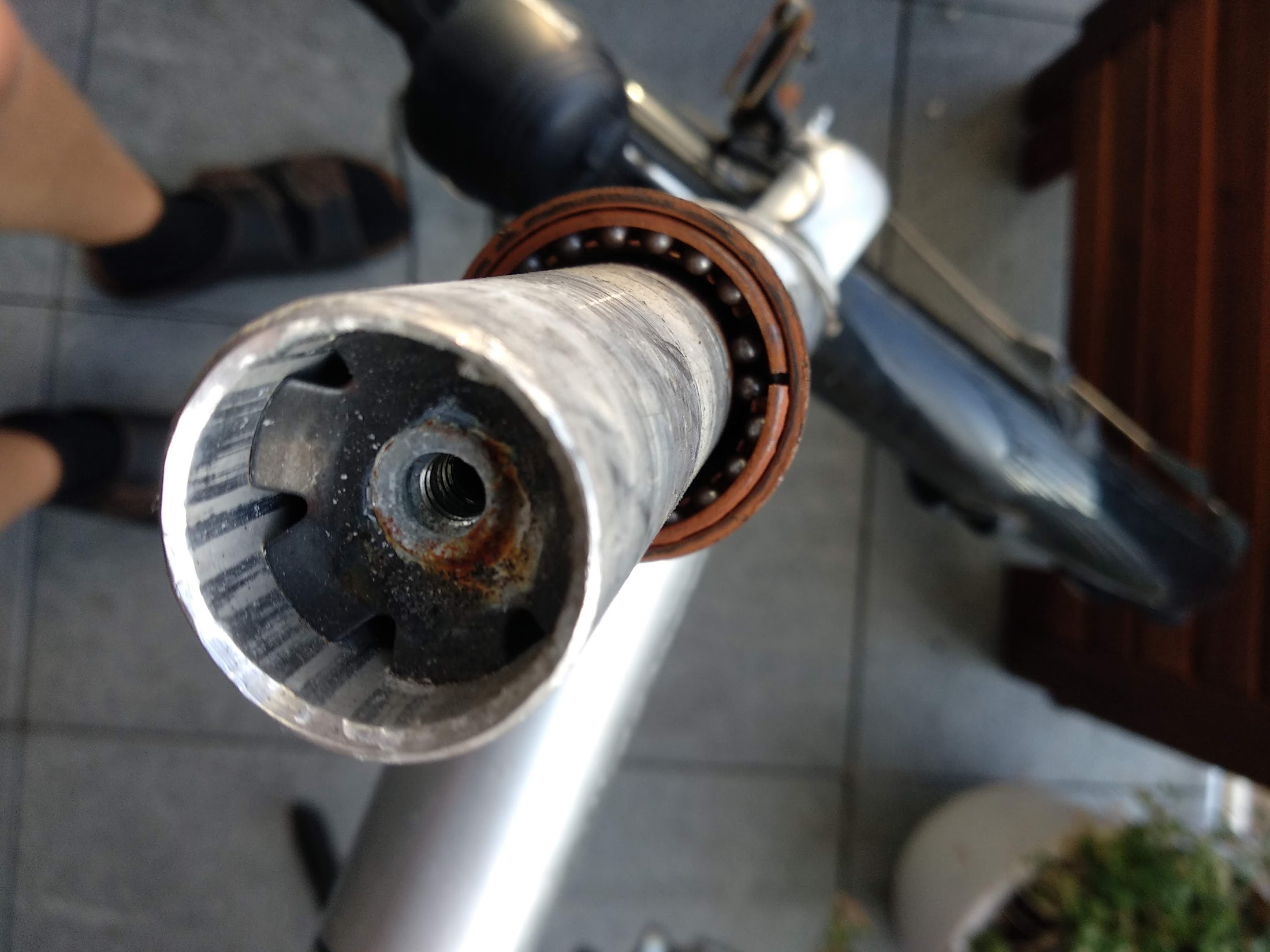 I didn’t quite understand what the important differences in sizes were for buying a replacement headset. Fortunately I found the exact same model used in my bike was still on sale. Removal of the old parts has proven quite difficult. Eventually I gave up on removing most of the parts and fitted in just the new bearings. I hope that the bearing shell is not worn out too badly as it would introduce additional wear on the newly bought bearings.

I had read that gears need maintenance and oiling as often as every 2000km. Since the gears had not been oiled for 12 years, now would be as good a time as any. This is something I would usually definitely have done in a store, but wanted to learn more. The Shimano oil for gears is quite expensive, but regular gear oil supposedly does the same trick. I used an empty yogurt cup to dip my gears in. Removing the gears from the backwheel was surprisingly easy. 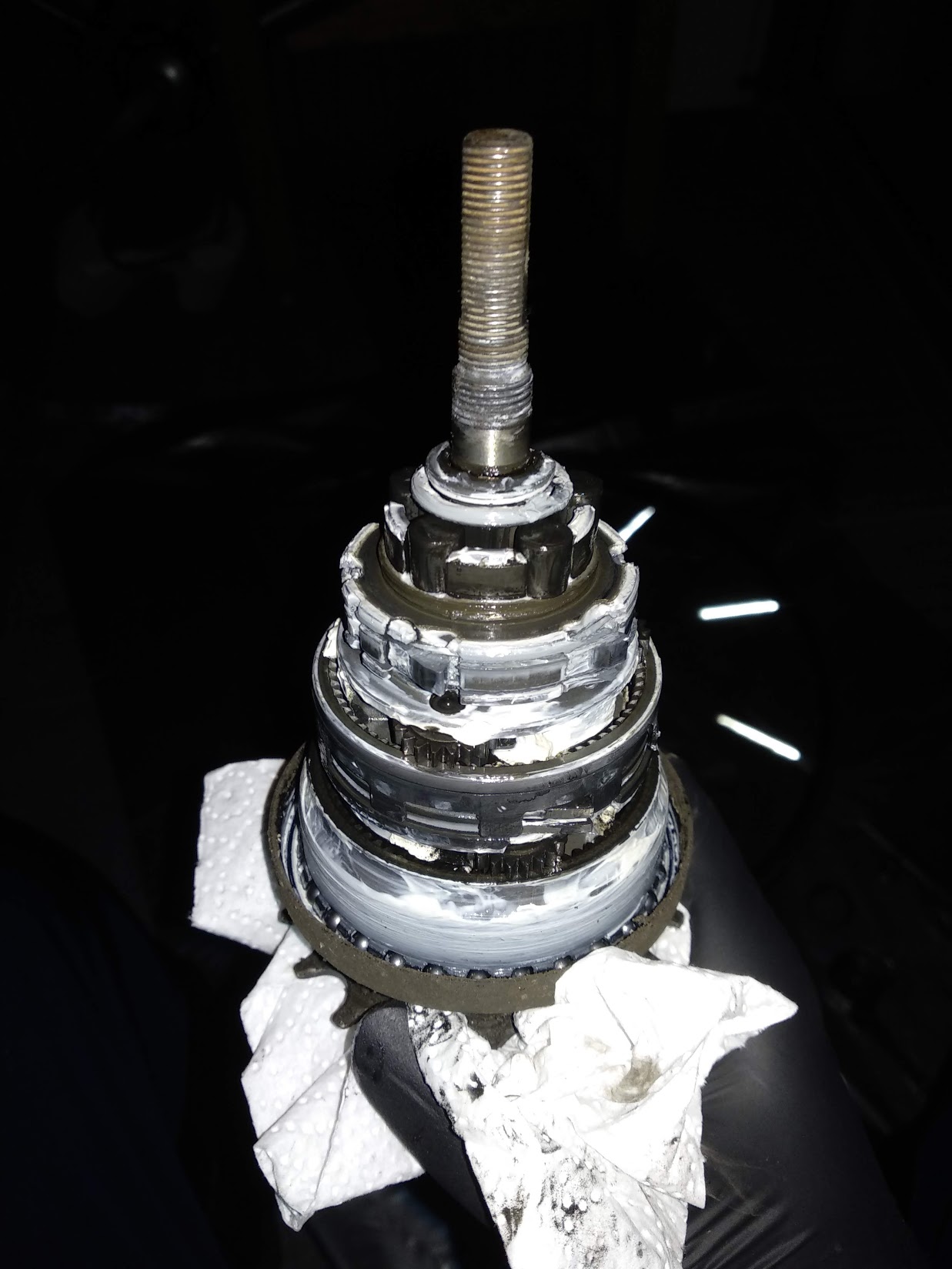 Immediately a bearing sprang towards me. It was pitch black and two balls had broken out. I oiled and greased the gears and put them back together with a replacement bearing. 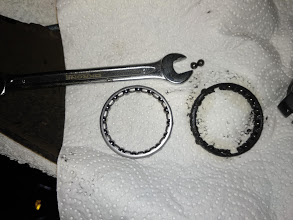 Unfortunately after putting it back together there were significant issues with friction. First there was a scraping noise. I took apart the gears again and this time also removed the pinion on the rear axle. This allowed me to properly clean this side of the gears. After this the noise was mostly gone. The rolling friction was still quite high. After putting everything together again, it wasn’t possible to shift into gears 3-7. I now gave up on assembling this myself and gave it to a mechanic to figure this mystery out for me. It basically shouldn’t be too hard to assemble the gears and I am relatively certain I didn’t break something.

Still so far I am happy to have opened the gears because otherwise I would not have found the broken ball bearing.

Update 1: The bike is back from the repair shop. It turned out that he didn’t even have to disassemble it, because the problem was trivial. I had twisted the Bowden cable in the back. This had let to the bowden cable being shortened. The rolling friction was apparently just the ball bearing not being sufficiently lubricated. Just by pushing the bike to the shop, the lubricant had distributed well enough.

I also put on a new bell, a new stand, a new chain, new tires, new inflatables and new hand grips. Also I will likely have to replace the front brakes as they tend to get stuck closed. Let’s see whether a little bit of oil can relieve that. Putting on the tires was quite hard, but I found a trick to use a hair dryer to warm up the tire and that worked perfectly. 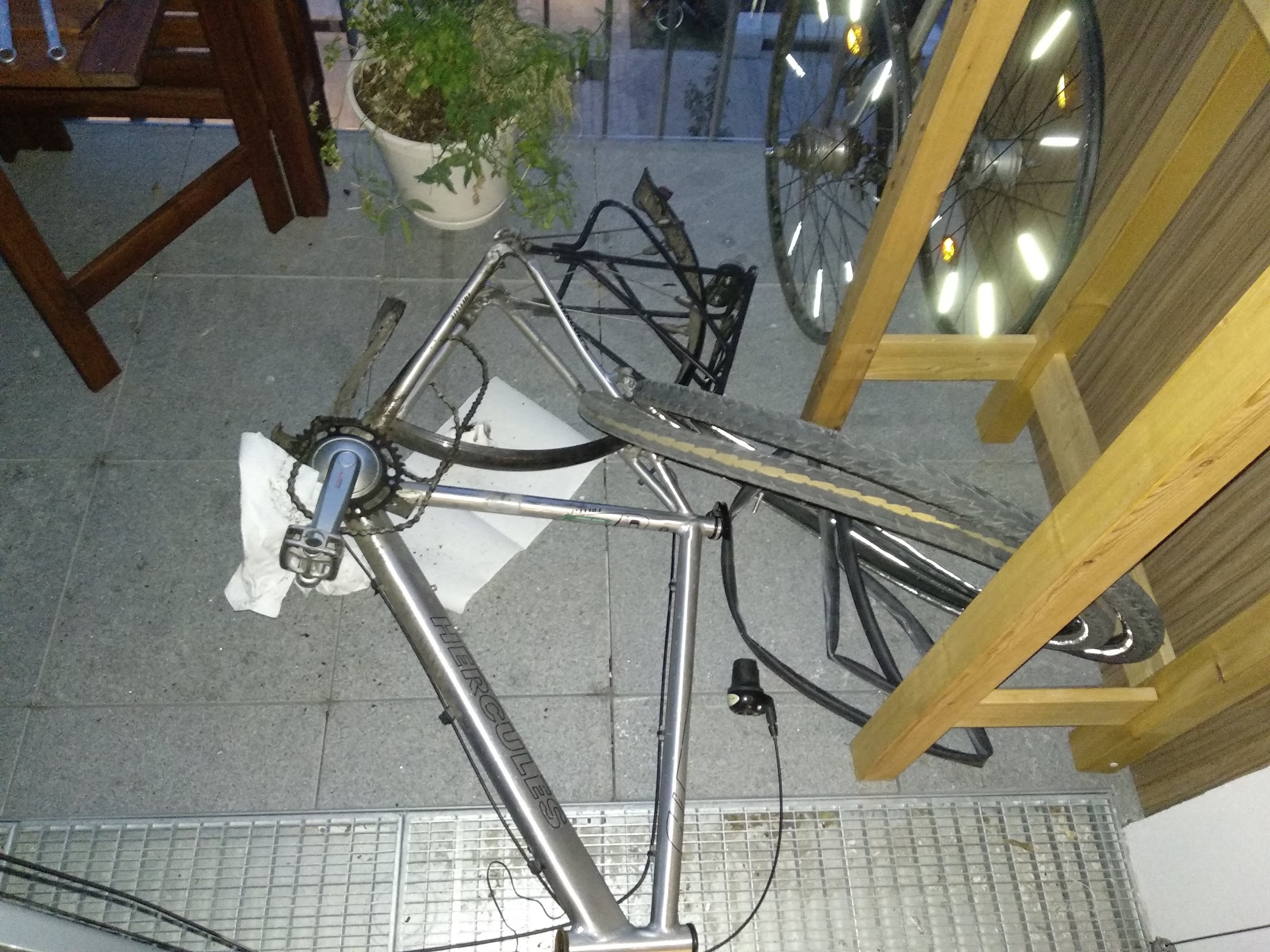 While my bike was so completely disassembled I took the chance to clean some parts that I was just unable to clean ever in the last decade.

Doing the ongoing repairs I have learned a lot and feel a lot more comfortable doing some of the repairs now. It also amazes me that the availability of spare parts for a 12 year old bike is still so good.